The second article of the Press Release section will be dedicated to the two days spent in Tarragona and organized by the MSCA Early Stage Researchers (ESRs).

This meeting aimed to point out the role of ESRs within the ITN-SNAL Network, its possibilities and improve the relationships between the participants. Monika Kluzek, ESR in experimental biophysics at the Institut Charles Sadron in Strasbourg (France), explains:

“this satellite meeting has pinpointed the importance of ESRs as the new generation of scholars who are eager to communicate about science and extensively collaborate with peers. All the activities undertaken at the meeting have given us a sense of affiliation to a broader scientific community, which often might be difficult to establish during tough everyday work, focusing on our projects. In particular, we are now aware of an environment where we all may share progress on our projects and ideas for collaboration, simultaneously receiving constructive feedbacks and peer reviews, leading to the overall improvement of each other scientific works and to the opening of new research avenues.”

Waiting the arrival of all the participants at the Àncora de Barà, lovely house located near the seaside close to Tarragona, a first talk, sometimes animated, about the Poisson-Boltzmann equation is born. There, Berardo Mario Manzi computed for other members of the team a specific total free energy. After a snack prepared by the team of Tarragona, a walk along the beach permits to the members not only to talk freely about their work but also to discover beautiful landscapes including an amazing sunset. After they came back and have shared a very nice diner proposed by attentive and careful hosts, each of them got the possibility to present his/her host institution, projects and expectations. B. M. Manzi liked the

“confrontation between theoretician and experimentalist PhDs that showed some nice improvements of the respective knowledge. At this point of the projects, confrontation is very important for the components of each group”.

The second day morning started with a visit of the University Rovira i Virgili where B. M. Manzi, Bei Huang and Adrien Berthault, ESRs in theoretical physics at the Chemical Engineering department, presented some theoretical methods used in the study of the polymers such as the Single Chain Mean Field (SCMF) theory, Monte Carlo simulations and the software Surface Evolver. They also explained how SCMF theory can be used to model polymer aggregates like micelles and membranes, how to use Diffusive Particle Dynamics for bacteria approaching rough surfaces and how to predict structures with CUDA. A presentation concerning the SNAL network, asked by the ESRs, has been proposed by Vladimir Baulin, coordinator of the project. According to Alexander Chen, ESR in biochemistry at the University of Cambridge (United Kingdom),

“the team is now more focused and coherent. The short presentation by Adrien and Berardo was extremely helpful in understanding the work at Dr. Baulin’s group. I am hoping we could learn more about each other’s research in similar fashions to foster further collaborations”.

While participants were at the university, another activity has been proposed: the weekly traditional coffee break organized by PhD students of the department. They all had an unprecedented opportunity to test themselves as Marie Currie ambassadors for the first time, an experience that has already paid off in an increased self-confidence of all the meeting attendees. These events helped in having a better understanding of the work of theoreticians however, we all agree and it has to be kept in mind: we all are from different areas, and it is not the point of the Network to comprehensively train each member in all scientific matters of interest. Indeed, we need to remember what is our strongest set of skills, and accordingly exploit such meetings in expanding our views on a given problem from different perspectives and providing the best possible input, which will ultimately lead to the truly interdisciplinary, cutting-edge understanding of biological phenomena.

After a barbecue at the Àncora de Barà, responsibilities regarding the management of the Outreach Activities have been shared out among the members in order to improve the organization, aiming to spread the various advantages, possibilities and duties proposed by the Marie Curie Actions. This being done, communication methods (i.e computerized or through meetings) used by the network have been introduced and details in respect of the tasks asked to the participants of the network towards Marie Curie contracts brought, concluding officially the meeting.

However, discussions nearby a crackling fire, lingered until late in the evening to highlight possible collaborations between the institutions. Other topics such as the organization of the summer school scheduled next July close to Messina (Italy), the next ESRs meeting and their goals after the PhD have been discussed. In order to improve to communication between members, the idea of not only sharing posters and (recorded) presentations into the network, but also to synthesize through five minutes presentations videos about ESRs’ work has been proposed. It has been noted that many participants have shown their wish to improve their team management skills and their thirst of knowledge regarding technologies transfer and author rights (copyright).

To conclude, Anna-Sofia Tascini, ESR in mechanical Engineering at the Imperial College London (United Kingdom), shared with us her standpoint of the meeting:

“I strongly believe that this meeting pointed out the uniqueness that the Marie Curie fellowship offers to us: the capability to pursue several common aims, approaching them by means of different skills, starting from various characteristic background, exploiting the knowledge gained in our own institution with a view to apply and share them in a more general contest. I particularly appreciate the tour of the Rovira i Virgili university, the willingness of Vladimir to answer our questions and the social moments to know better each other. I bring back in my luggage to London pages of a blackboard filled with formulae, proposals and ideas, the purpose to do my better to fulfill the project expectations and a growing awareness of the importance to work as a team”.

I share with my partner B. M. Manzi that it is evident that most of the projects are still in an initial stage and collaborations seem difficult to achieve. However, the spirit of the students is finalized to succeed in this task, and this kind of meeting will help to have a joint team.

Finally and through these last lines, a particular thought is sent towards the ESRs who, unfortunately, although wishing to come, could not join for administrative reasons. But do not worry, the story has just begun… 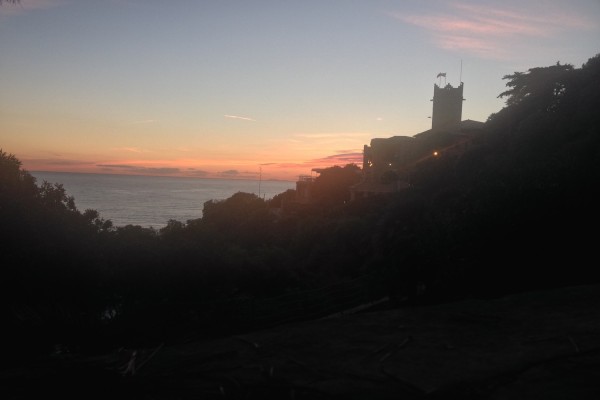 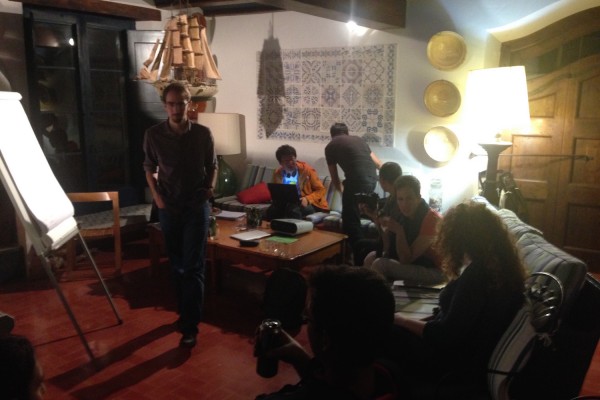 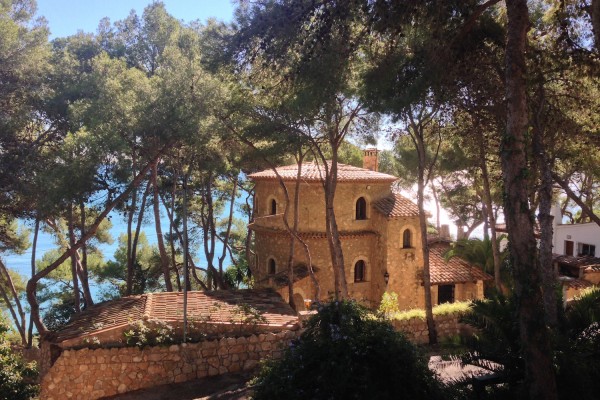 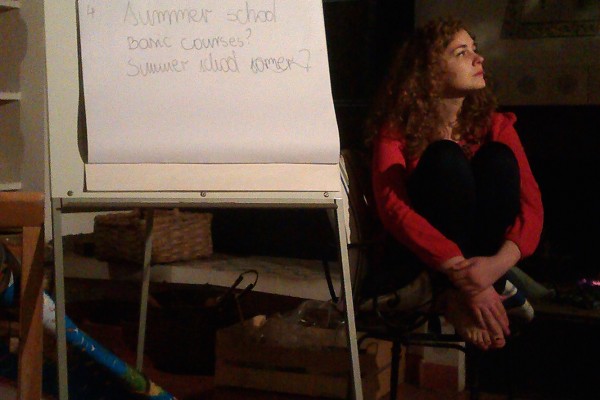 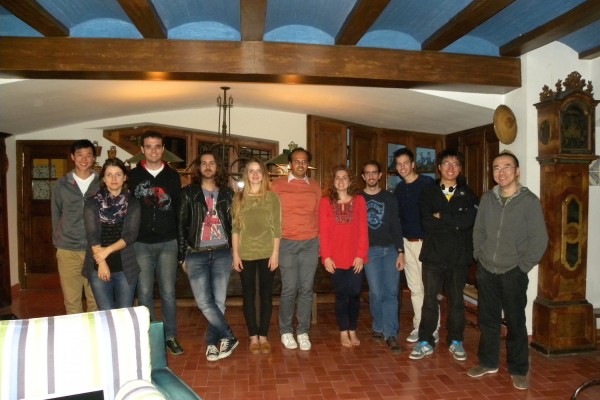 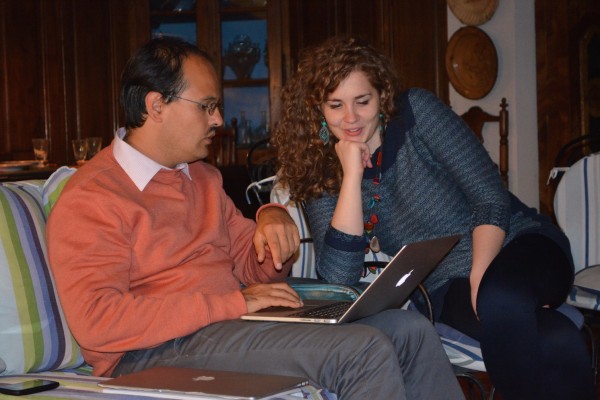 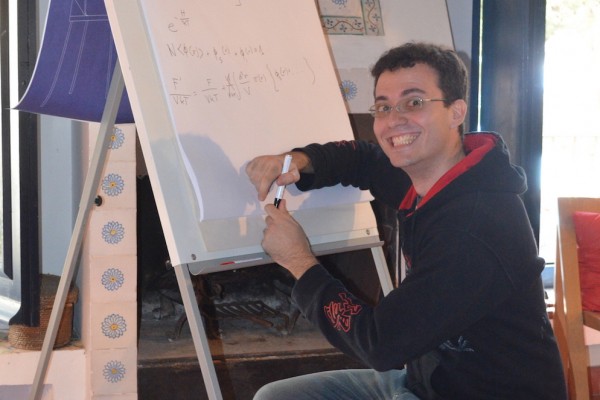 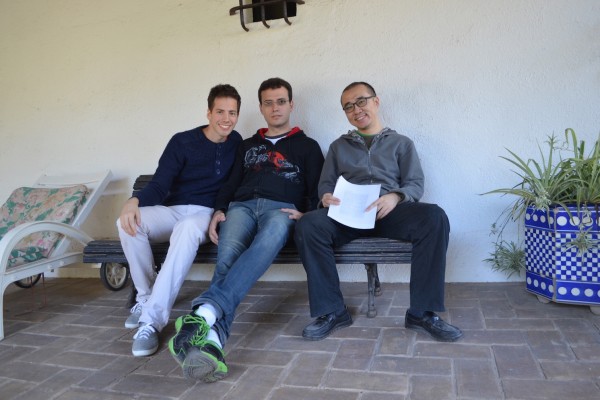 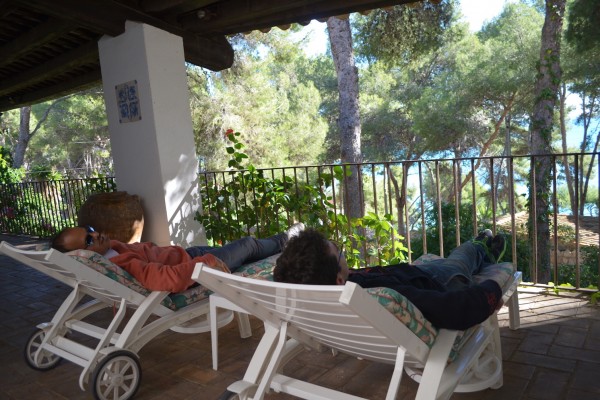 I'll be speaking at #NFTLondon2022 - Attendees will be able to claim my personalised NFT Speaker Card during the event! nftlondon.sessionize…